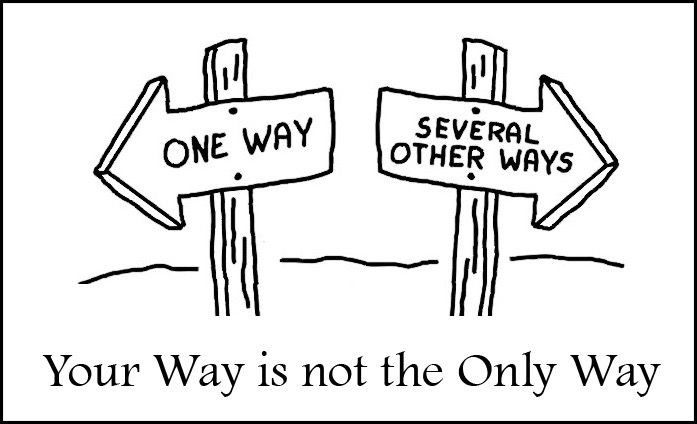 When two or more Christians are gathered together, we can pretty much guarantee three things: food, fellowship, and disagreement!

While that opening is intended to be tongue-in-cheek, we can all agree that Christians have pretty much mastered the art of dissent, haven’t we? Ask the congregation of any large church what style of music is best for Sunday morning (or how loud it should be) and you’ll get a quick lesson in Christian diversity!

Other classic “taboo topics” such as tattoos, R-rated movies, and social drinking may not be quite the hot-button issues they once were, but modern-day Christians will still have widely differing opinions on the specifics.

When certain lifestyle choices aren’t precisely defined in Scripture, believers will draw their own lines on appropriate conduct based on their own individual personal convictions. As ethical considerations begin to weigh on decisions, Christians may hesitate to take part in some things that just “feel wrong” to them.

Even within the church, Christians will differ on the clothing they feel is appropriate for Sunday, what kind of lighting should be used during worship, or what version of the Bible should be used. Our decision-making process in these scenarios is not based on black-and-white Scripture, but rather it’s guided by our spiritual conscience, ingrained moral persuasions, or even just our personality.

The apostle Paul addressed these types of spiritual “gray areas” and the discord they may cause in Romans 14. Verse 2 tells us that 1st century Christians had varying opinions about eating meat:

“One person believes it’s all right to eat anything. But another believer with a sensitive conscience will eat only vegetables.”

Meat may not seem like a controversial issue to us. The burgers and hot dogs at your church picnic probably won’t be a source of friction for your congregation. And Genesis 9:3 tells us it’s perfectly OK to eat meat.

However, some early followers of Jesus had reservations about eating meat. Some may have felt that it was still more spiritually appropriate to follow certain Old Testament dietary laws and requirements. And some hesitated to buy meat from the marketplace that may have been dedicated to pagan gods. (See 1 Corinthians 8 and 10:18-33.)

Meanwhile, other early Christians had the opposite viewpoint. They felt no obligation to adhere to the dietary standards of the O.T. Law because the law was fulfilled by Christ (Matthew 5:17). And they had no issues with eating meat that might have been dedicated to pagan gods because they knew that those false gods didn’t even exist.

Paul’s point was that neither side was specifically right or wrong in their own personal convictions. It’s OK for Christians to differ on minor topics not directly addressed in Scripture. However, in the process of differing, we should avoid passing judgment on one another (verses 3-4):

We all have our own personal viewpoints in areas such as: clothing styles, entertainment choices, financial planning, parenting techniques, and social media habits… etc.

Reading through those examples, we probably thought of at least one Christian whose opinions differ significantly from ours. If we’re honest, we’ll admit at times we’ve felt annoyed with, or even looked down on, fellow Christians because of their lifestyle choices.

Romans 14:6 teaches that our own personal convictions are not to be used as a measure of spirituality. Doing things a certain way does not necessarily make one Christian more spiritual than another Christian. We shouldn’t jump to negative conclusions or criticize believers who make innocent choices that we might not like or agree with. And we also shouldn’t become irritated or look down on those we might see as old-fashioned or “legalistic.”

Believers with different opinions can both can be right - and both can be spiritual! The key is that we answer to the LORD for the way we live.

What Romans 14 does not say

In our morally tolerant age, this passage in Romans and others such as, “Do not judge so that you will not be judged,” (Matthew 7:1) are often misused and misquoted. In some cases, Christians have become so compliant to differing opinions and lifestyles that even blatantly sinful conduct is overlooked or accepted in the name of “loving and not judging” one another.

With that in mind, it’s important to remember that Romans 14 was written in reference to areas that are “morally neutral.” It does not say that Christians should compromise and overlook sin that’s clearly defined by Scripture.  In fact, in 1 Corinthians 5 Paul admonished the Corinthian Christians for their pride in not confronting a fellow Christian involved in a sinful relationship. There are times to patiently correct and encourage our fellow believers, pointing out the truth gently, with Christ-like compassion.

As Christians, we should cultivate the characteristics that the Holy Spirit produces in our lives: patience, kindness, goodness, gentleness, self control. And we should be known for our love, both in unity and in our differences. The Bible doesn’t command us to stop loving a person if we disagree with them! In all areas we should be quick to listen, slow to anger, and gracious in understanding, and approach difficult conversations with humble and merciful hearts.

“May the God who gives endurance and encouragement give you a spirit of unity among yourselves as you follow Christ Jesus, so that with one heart and mouth you may glorify the God and Father of our Lord Jesus Christ. Accept one another, then, just as Christ accepted you, in order to bring praise to God." Romans 15:5-7

Ron Reid is the son of Dave and Margie Reid. He has been involved full-time with Growing Christians Ministries since 1995, and took over as director in 2012. Ron and his wife, Erica, have two school-aged sons. He is also an active worship leader / guitarist, and a recording engineer for Christian music.
View all posts by Ron Reid →
Previous Post
More Than Just a Holiday Decoration