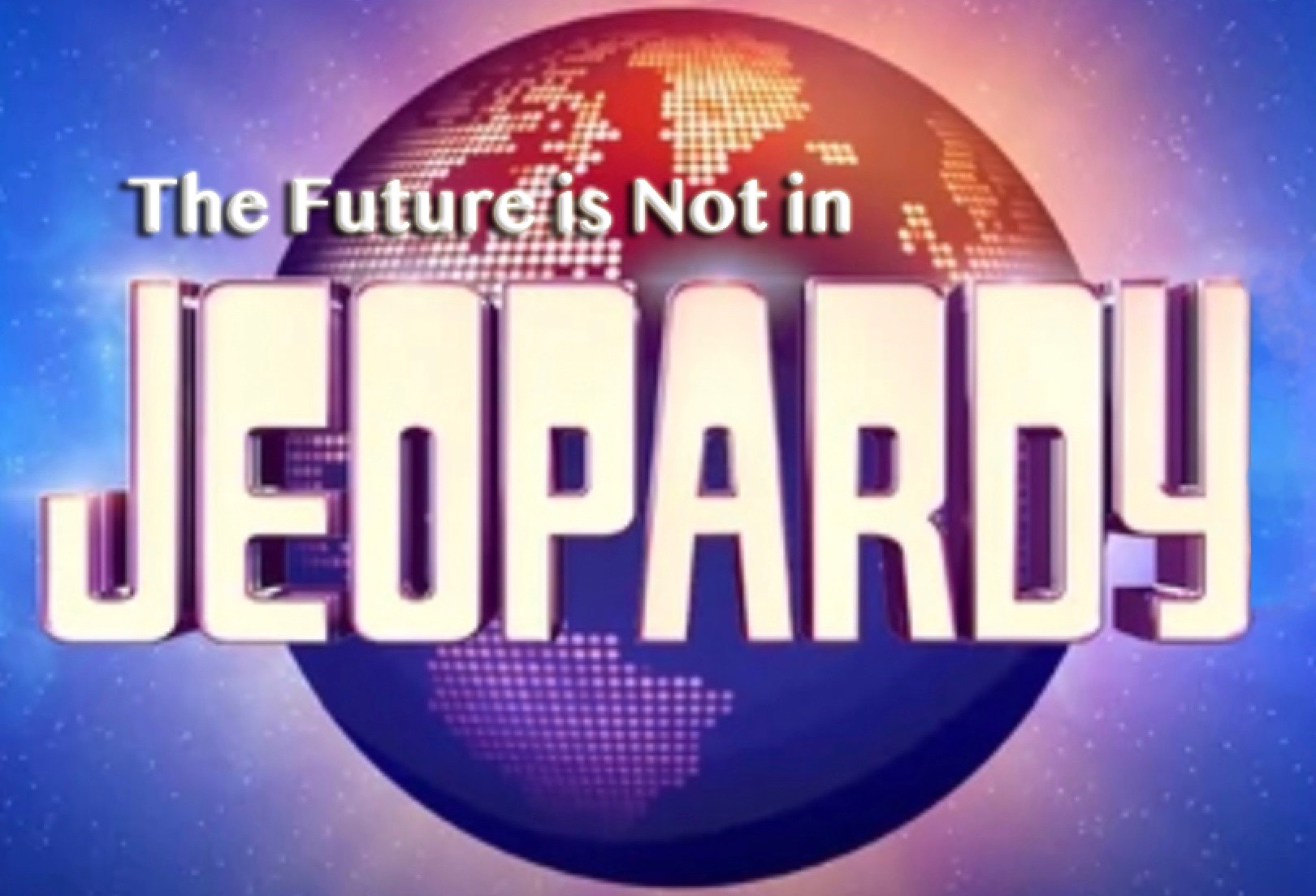 As if 2020 wasn’t bad enough already, it was a sad year for trivia fans around the world. The long-running game show, Jeopardy, lost its iconic host, Alex Trebek, to cancer. His final episode is set to air in early January.

Over the years, my family has loved to watch and play along with Jeopardy. A cerebrally humbling experience is guaranteed, but we each have our own areas of expertise. Categories on music and sports are right up my alley. Biology and health questions are a cinch for my science-teacher wife. Anything in the realm of math or scientific equation is gobbled up by our chemical-engineer son. Our combined intellects come to a screeching halt, however, when we encounter mind-numbing categories such as, “A Night at the Opera,” “18th Century British Authors,” or “International Marine Sanctuaries!”

Jeopardy has never been shy about asking very difficult questions. And as the woeful year of 2020 comes to an end, we may be asking some equally challenging questions of God… questions that are anything but trivial, such as:

Why did God allow the COVID-19 pandemic to happen?

Why did the Lord take my loved one away this year?

Where is God amidst so much racial tension and unrest?

How should Christians respond to all the political discord?

Looking for answers in difficult circumstances is not exclusive to 2020. Near the end of the book of Genesis, Jacob was in a similar situation; struggling to understand what God was doing in the world, and in his life. Times were very tough. Israel was two years into a horrific seven-year famine. (For perspective, remember COVID-19 has only affected most of us for about 10 months). There was no food anywhere in the land. In fact, the Bible indicates the famine was so severe that it affected the entire world (Genesis 41:56-57). Dealing with a worldwide crisis sounds all too familiar to us these days, doesn’t it?

As if that wasn’t enough, Jacob was also witnessing his sons being taken away. Years earlier, he believed his favorite son, Joseph, had been killed (Genesis 37). Now Simeon had been mysteriously imprisoned in Egypt, and his youngest son, Benjamin, was also being taken away from home to face an unknown fate (Genesis 43:3-5). Jacob’s world was caving in. He had seen the Lord work miracles in his life before, but in that moment of confused desperation he cried out, “Everything is going against me!” (Genesis 42:36).

How many times have we felt like Jacob this past year? Times when nothing seemed to be going right in our world. Times when we wondered where God was, or what His plan could possibly be.

What Jacob didn’t realize at that point was that all his sons were alive and well. In fact, his “lost” son, Joseph, had become one of the most powerful and influential leaders in the ancient world. Through a complex plan that took many years to play out, the Lord had prepared a place for Jacob and his entire extended family to live. A place that would provide peace of mind and security in hard times. A place where their needs would be met. In Pharaoh’s own words, “I will give you the very best land in Egypt, and you will eat from the best that the land produces” (Genesis 45:18).

What seemed to be the most tragic and confusing situation for Jacob was just the beginning of a wonderful solution, and a continuation of God’s great provision for him.

As we put the uncertainties of 2020 behind us, let’s remember that every single event in this past year has been part of God’s carefully orchestrated plan. Let’s be thankful that we can grow in confidence and faith in 2021, knowing that He works all things together for our protection and provision. And finally let’s rejoice that, even in the worst situations, we know that God’s plan for the future is not in jeopardy.

Romans 8:28 - And we know that God causes everything to work together for the good of those who love God and are called according to his purpose for them.

Ron Reid is the son of Dave and Margie Reid. He has been involved full-time with Growing Christians Ministries since 1995, and took over as director in 2012. Ron and his wife, Erica, have two school-aged sons. He is also an active worship leader / guitarist, and a recording engineer for Christian music.
View all posts by Ron Reid →
Losing Faith in the Elected