More Than Just a Holiday Decoration 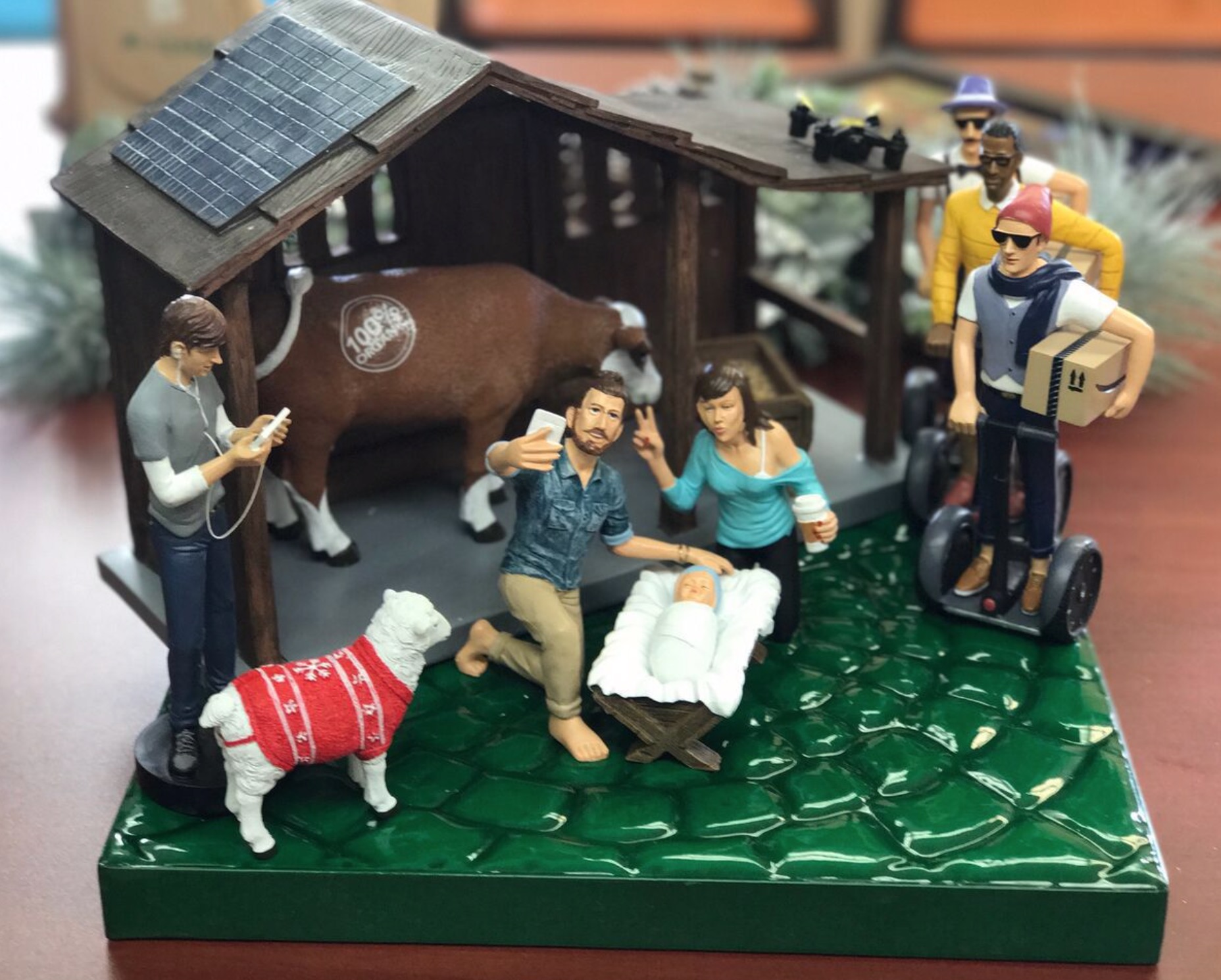 A few years ago an upstart company unveiled a new sensation in Christmas décor: the “Hipster Nativity Set.” The scene depicted Mary and Joseph busy with selfies and Starbucks, an iPad-toting “shepherd,” and “wise men” delivering Amazon-boxed gifts to a solar-powered stable. Sales of the cheeky novelty skyrocketed, even as many Christians decried the irreverence.

‘Tis the season for Christians to lament the commercialization of an event that we view as sacred. Gone are the days of traditional nativity scenes adorning front lawns and town squares. It may be disheartening to see the manger replaced by a glowing plastic Santa or inflatable something-or-other... but in the end, how much importance should we place on the world’s view of Christmas and the Nativity? Jesus never taught that local establishments would uphold Christian beliefs and traditions (Matthew 10:22). True Christians have rarely been on the same page as the cultural majority, and we can’t expect them to practice or adhere to our cherished customs.

As Christians, we know the nativity scene is far more than just a holiday decoration. It's a reminder that beyond the flurry of sales, shopping, parties and treats, Christmas is a time to celebrate the ultimate gift — the birth of Jesus Christ. Luke 2:8–12 says,


“That night there were shepherds staying in the fields nearby, guarding their flocks of sheep. Suddenly, an angel of the Lord appeared among them, and the radiance of the Lord’s glory surrounded them. They were terrified, but the angel reassured them. “Don’t be afraid!” he said. “I bring you good news that will bring great joy to all people. The Savior—yes, the Messiah, the Lord—has been born today in Bethlehem, the city of David! And you will recognize him by this sign: You will find a baby wrapped snugly in strips of cloth, lying in a manger.””

The eternal Son of God became Man! From Heaven's highest glory to the lowest conditions on earth. A peasant baby born in a stable, wrapped in strips of cloth and cradled in a feeding trough. Although the vast majority of people may overlook that message these days, its power and relevance will not be lost to those who, like the shepherds, purpose to seek Him. The Baby Jesus not only fulfilled Old Testament prophecies of the Messiah, but proved the depth and extent of God's amazing love for mankind: He took our place of sin and shame on the cross. (Philippians 2:5-8)

Misdirected nativity scenes and seasonal commercialization may be disappointing, but we know that the power of God is not defined or limited by secular viewpoints. This Christmas, let’s turn our attention away from what they think, and instead focus on what we know. Christmas is all about the Baby wrapped snugly and lying in the manger. And that’s something even the Hipster Nativity got right.

Come, thou long expected Jesus
Born to set thy people free
From our fears and sins release us
Let us find our rest in thee

Ron Reid is the son of Dave and Margie Reid. He has been involved full-time with Growing Christians Ministries since 1995, and took over as director in 2012. Ron and his wife, Erica, have two school-aged sons. He is also an active worship leader / guitarist, and a recording engineer for Christian music.
View all posts by Ron Reid →
Previous Post
God in the Midst of Crisis