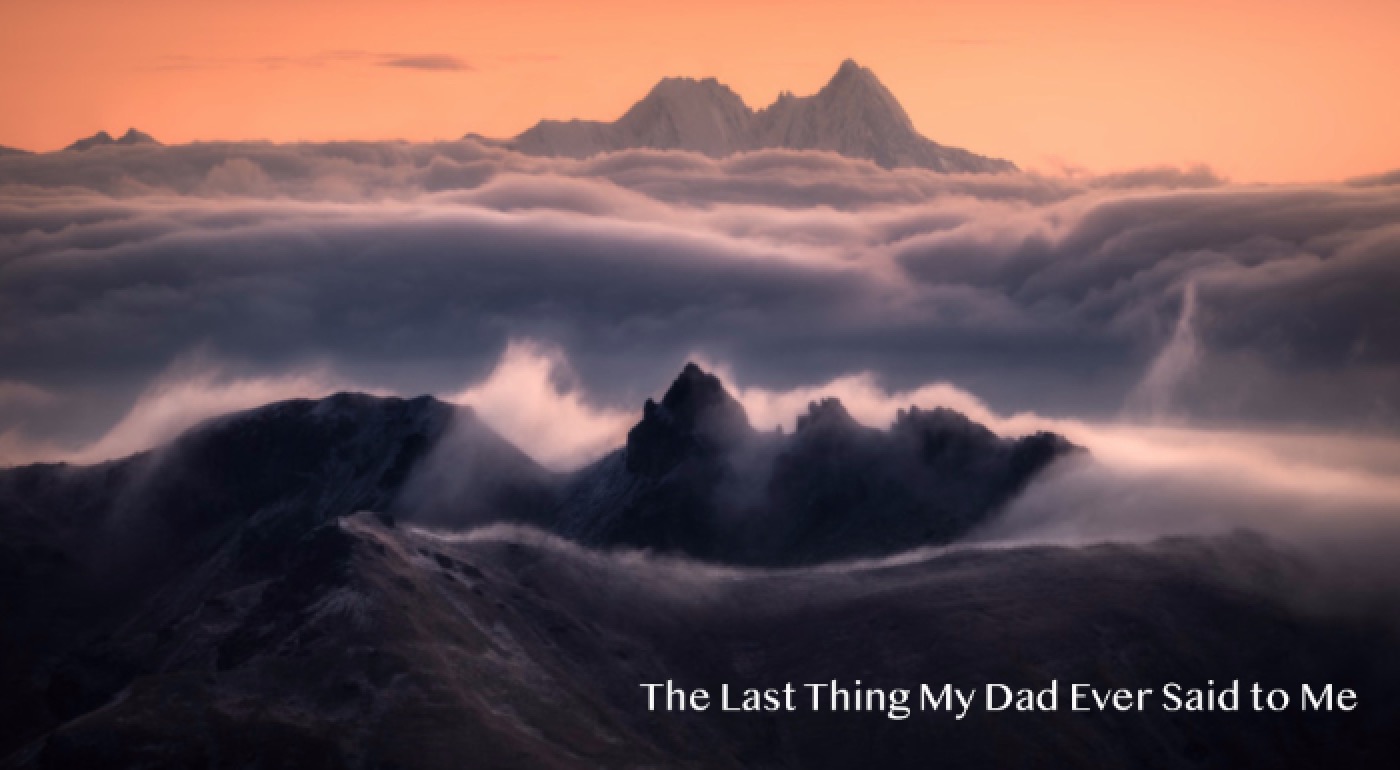 It was a bright and sunny winter morning when we stopped in to see my parents. My mom heard us at the door and cheerfully beckoned my young son into the kitchen for cookies and hot chocolate. I sidestepped a few suitcases in the front hall just as my dad came down the stairs. He was preparing for an extended ministry trip and had obviously been busy packing.

As I helped dad carry his bags out to the car, he expressed concern over the latest weather forecast. A strong winter storm was expected to hit our area while he was away. With an unusually serious tone he turned and said, “So you’ll take care of mom, right?”

Of course I would. My dad travelled often, so helping mom was part of my normal routine. I’d take extra precautions and assume any extra responsibilities due to the storm and its effects.

We talked for a few more minutes in the driveway, but just before we parted ways he uncharacteristically stopped and repeated his earlier concern: “You’ll take care of mom, right?”

I knew he hadn’t forgotten my previous answer. Nor was he questioning my reliability. Amidst the rush of packing and preparation, it was clear that his sensitivity and care for my mom was still forefront in his mind. I assured him everything would be fine.

I never saw or spoke to my dad again.

When the crushing phone call of his accident came a week later, my mind raced back to those final moments and his last words to me: “You’ll take care of mom, right?” Even as the devastating news shook the world around me, it was uniquely beautiful that his final sentiments sought confirmation that mom would be cared for after he was gone.

In John 19 we read about the crucifixion of Jesus, and in a similar sense, some of His last recorded words on the cross demonstrated concern and care for His mother. In verses 26-27 we read, “When Jesus saw his mother standing [near the cross] beside the disciple he loved, he said to her, “Dear woman, here is your son.” And he said to this disciple, “Here is your mother.” And from then on this disciple took her into his home.”

If we read these verses without any context, we might think this scenario sounds a bit odd. We know Mary had other children besides Jesus (Matthew 13:55-56). Why would Jesus ask someone else to care for her?

One reason may be that at the time of Jesus’ ministry, His brothers were not believers (John 7:5), and it also appears that they were not present at the crucifixion. A second reason is Mary was most likely John’s aunt. We learn this from harmonizing the three gospel accounts of the women who witnessed the crucifixion of Jesus (Matthew 27:56, Mark 15:40 and John 19:25). So John was not just a “random disciple” that Jesus commissioned to care for His mother. There was a close family connection. It’s even possible that John’s mother may have lived with him as well, thus bringing the two sisters together.

What happened to Mary’s husband, Joseph, is unclear in Scripture. The last we read of Joseph is when Jesus was 12 years old (Luke 2). It’s assumed that he died at some point before Jesus began His public ministry.

The fact that Jesus was concerned for His mother, who was apparently a widow, goes along with the rest of the teaching of Scripture. In Old Testament times, farmers were to leave crops in their fields so widows and others in need could gather the leftovers (Deuteronomy 24:19). In Psalms, God is described as a “defender of widows” (68:5). And in Mark, Jesus denounced the scribes because they claimed to be religious but “cheat widows out of their houses.” (12:40).

Furthermore, Paul talks about care for widows in 1 Timothy 5, and James gives a convicting challenge for all Christians: “Pure and genuine religion in the sight of God the Father means caring for orphans and widows in their distress.” (James 1:27)

Widows are mentioned more than 80 times throughout the Bible. This tells us that they are important to God, and they should be important to us. And it’s safe to assume that older women who never married are in mind here as well.

Caring for widows goes hand-in-hand with care for our aging parents. It’s a responsibility stressed in Scripture. 1 Timothy 5:3-4 says, “Take care of any widow who has no one else to care for her.  But if she has children or grandchildren, their first responsibility is to show godliness at home and repay their parents by taking care of them. This is something that pleases God.”

Verse 8 takes it a step further with a rather disconcerting warning: “But those who won’t care for their relatives, especially those in their own household, have denied the true faith. Such people are worse than unbelievers.” And in Mark 7:9-13, Jesus Himself denounced people who claimed they couldn’t help their parents.

Caring for our parents is obviously a serious issue in Scripture, but for many busy people it can seem like a time-consuming burden as they maintain their own children, homes, and jobs. But Paul takes the opposite viewpoint: caring for older parents is a great privilege. It’s a way for us to return the gift of their care for us as children. (1 Tim 5:4)

Of course, some of us may have parents that were not good role models, or were actually hurtful to us in our childhood and/or adult lives. It may be very difficult to reach out with care in some cases. But tough situations like these can also become an opportunity for us to demonstrate God's unmerited love and grace.

Any way we look at it, care for elderly parents and widows is something God calls us to do. Thoughtful opportunities to help the older generation are all around us. It’s a way to serve and glorify God, and to display His love by the way we live.

Ron Reid is the son of Dave and Margie Reid. He has been involved full-time with Growing Christians Ministries since 1995, and took over as director in 2012. Ron and his wife, Erica, have two school-aged sons. He is also an active worship leader / guitarist, and a recording engineer for Christian music.
View all posts by Ron Reid →
Previous Post
Next Post