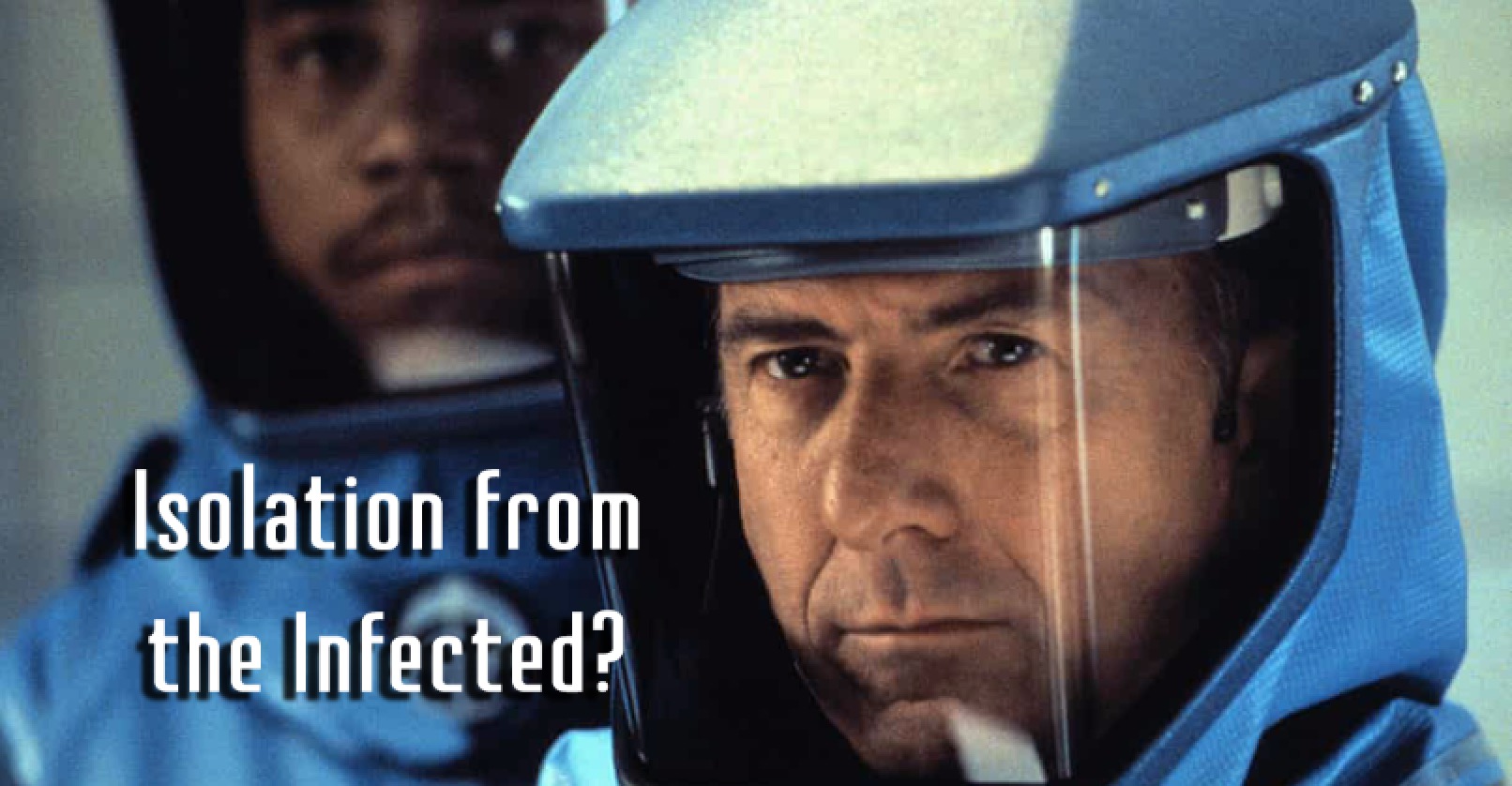 OK, admit it, how many of you watched the movie “Outbreak” at some point since the beginning of March? The 1995 Ebola-virus-battling blockbuster soared into the Netflix top 5 this past spring.

Amidst all the frenetic action, perhaps one of the most compelling scenes in the movie (spoiler alert) occurs when a character removes his hazmat mask in the presence of his severely infected and contagious ex-wife. Within the context of our highly sanitized cultural mindset these days, it’s an especially striking display of compassion.

If that movie script were converted into a Bible times feature, the epidemic wouldn’t be Ebola or Coronavirus. No, the headliner transmittable disease in those days went by a different name: Leprosy.

Anyone with a Sunday School background grew up with a healthy fear and awe of leprosy. We knew it as the dreaded and usually incurable affliction mentioned in so many well-known Bible stories -- both Old and New Testament. We learned it was a lingering condition that disfigured its victims over time, eventually leading to death. We also learned that God used leprosy to symbolize sin, and the debilitating influence of sin in a person’s life. Symptoms may start with only small blemishes, but slowly it invades and corrupts the whole body.

In Luke 5, Jesus encounters a man with an advanced case of leprosy, and like that scene in “Outbreak,” it was a beautiful display of compassion for someone in desperate need of hope and healing.

The fact that Jesus was even in the vicinity of this poor man is a testimony to our Lord’s great compassion. Lepers lived on the outskirts of town in lonesome, destitute areas. The general population would avoid these outcasts of society at all costs -- and for good reason. In those days, leprosy was essentially a death sentence, both physically and emotionally.

Leviticus 13 gives us a glimpse of the fear ancient cultures had for this disease. Anyone suspected of having leprosy was to be examined by a priest (the CDC testing station of the day). Situations involving confirmed infections required extreme social distancing. Leprosy cases weren’t given a prescription and sent home to recover. They were forced into total isolation from society, in most case, for the rest of their lives. They were ordered to wear torn clothing as a visual warning of their condition, and cry out “Unclean!” if anyone approached.

So we can be sure Jesus didn’t just bump into this man by accident in His travels. He made a point of passing through a highly virulent area, and intentionally put Himself in contact with the most disheveled and unclean of society.

As this desperate man looked into the eyes of Jesus, he saw something he surely hadn’t seen from another human for many years. Instead of the usual revulsion, he saw sympathy. Instead of fear, he saw love. So he bowed his face to the ground and begged for healing, “Lord, if you are willing, you can heal me and make me clean.” Jesus reached out and touched the man and said, “I am willing - be healed!” And instantly the leprosy disappeared.  (vs 12-13)

Imagine the joy this man felt in the compassionate, healing touch of another person. Many people have experienced mild isolation anxiety after a few months of COVID regulations, but this man had most certainly been secluded and all but forgotten for years. He could now finally rejoin society, share meals with family and friends, and live a normal life.

Are we willing to follow the Lord’s compassionate example? There are many individuals in this world who have been disfigured, wounded and scarred, both physically and spiritually. No one is immune to the potential “infection of sin” that leprosy so often pictures in the Bible. Are we open to those people who are crying out for help? Do we intentionally go out of our way to seek those who are in need -- even those we might deem “unclean” or “beyond hope?”

Jesus did. And it was a life changing experience.

In many cases, Christians tend to avoid non-Christians and/or those who have fallen far away from God. At times we can treat them like lepers. Yes, our level of interaction requires careful thought and discernment both physically (given the continuing health concerns), and spiritually (2 Corinthians 6:14). But if we want to show the true love of Christ to others, we must reach out and “touch” the unclean. Because of His great compassion, Jesus repeatedly offered kindness and help to people in situations that others might carefully avoid.

As many of us begin to return to more social interaction in one form or another, it’s a good time to evaluate how God would like us to show His love to the hurting world. Who in your life needs to be “touched”? Can our increasing interactions be more mindful and meaningful from an eternal perspective than they were before?

Jesus modeled this for his disciples in Matthew 9. As followers of Jesus, we should do the same.

“Matthew invited Jesus and his disciples to his home as dinner guests, along with many tax collectors and other disreputable sinners. But when the Pharisees saw this, they asked his disciples, “Why does your teacher eat with such scum?” When Jesus heard this, he said, “Healthy people don’t need a doctor—sick people do.” Then he added, “Now go and learn the meaning of this Scripture: ‘I want you to show mercy, not offer sacrifices.’ For I have come to call not those who think they are righteous, but those who know they are sinners.” (Matthew 9:10-13)

Ron Reid is the son of Dave and Margie Reid. He has been involved full-time with Growing Christians Ministries since 1995, and took over as director in 2012. Ron and his wife, Erica, have two school-aged sons. He is also an active worship leader / guitarist, and a recording engineer for Christian music.
View all posts by Ron Reid →
Previous Post
Is This Church?