An Unsung Disciple of Jesus 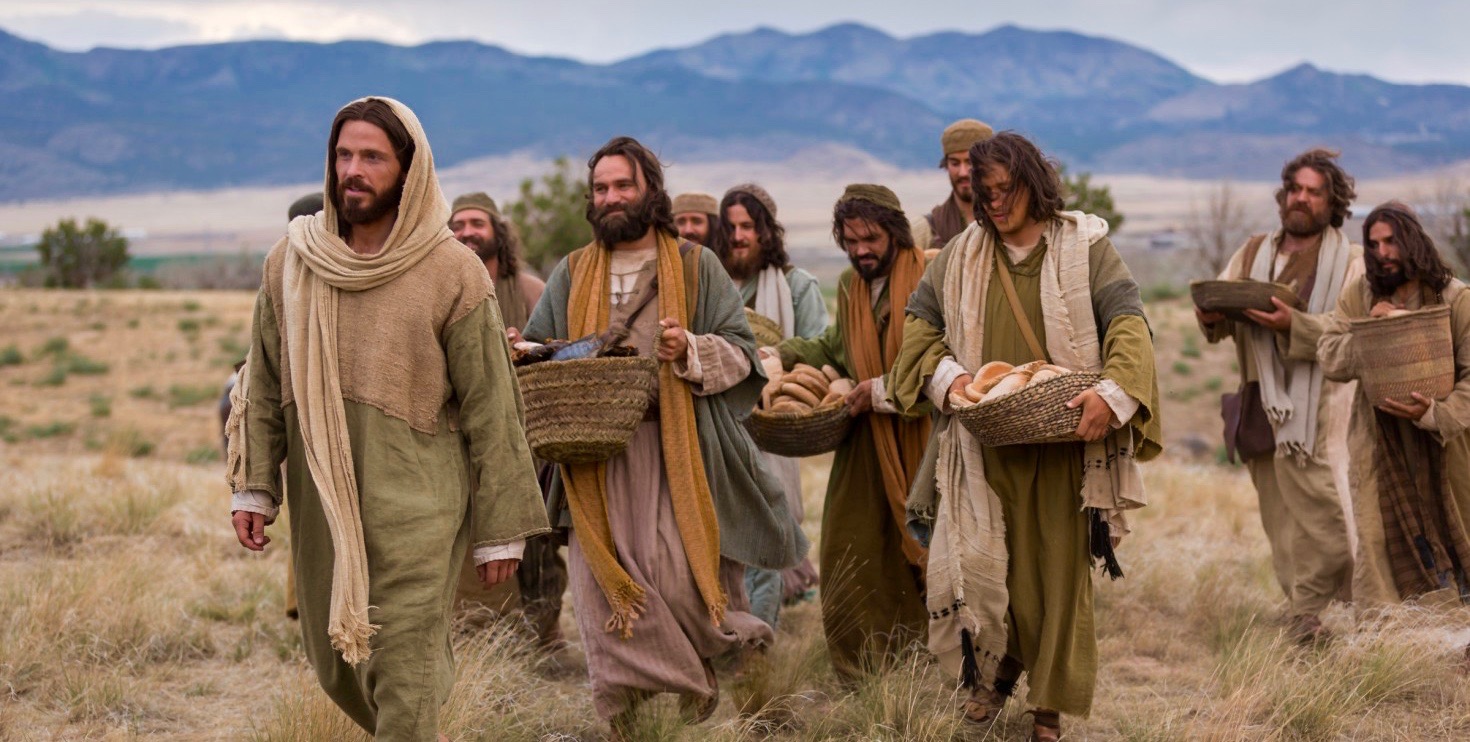 Here’s a humbling brainteaser for Christians. Are you ready?
From memory, write down the names of the original 12 disciples of Jesus.

That’s it. That’s all you have to do. You have two minutes -- and you may not ask help from Google, Siri or Alexa. GO!

Now for most believers, this is kind of an embarrassing test. You start out strong... Peter, James, and John jump to mind quickly, and of course everyone remembers Judas for all the wrong reasons. But then things get more challenging. You sheepishly struggle to remember if Matthew, Mark and Luke were all in the original 12 (actually, only Matthew was). Other names are even more elusive, but those with a Sunday School background all seem to remember “doubting Thomas,” and the one with the most peculiar name: Bartholomew.

Interestingly, there’s one name that’s rarely mentioned in this little challenge: Nathanael.
Wait… Nathanael? Who was he? There’s no mention of that name in Matthew, Mark or Luke, and he's not on the list of apostles in Acts 1. However, John 1:43-50 curiously tells us that someone named “Nathanael” was among the first disciples to follow Jesus. Then he’s mentioned again as a disciple in John 21:2. What’s going on here?

Most Bible scholars believe Nathanael and Bartholomew were actually the same person. “Bartholomew” is a Hebrew surname meaning “son of Talmai.” So most likely his name was Nathanael Bar-Talmai or Nathanael the son of Talmai.

We don’t know why he was usually called by his surname. Maybe he just liked it, or maybe Bartholomew was more recognizable on its own, like Einstein, Trump, or… Kramer. In any case, we may not know much about this unsung disciple, but what can we learn from his story?

1. The Lord knows our true character.

The Bible only records one small exchange between Jesus and Nathanael (Bartholomew), but it’s an amazing glimpse of the omniscience of Jesus. Let’s look at this short account in John 1:43-50:

The next day Jesus decided to go to Galilee. He found Philip and said to him, “Come, follow me…”

Philip went to look for Nathanael and told him, “We have found the very person Moses and the prophets wrote about! His name is Jesus, the son of Joseph from Nazareth.”

“Nazareth!” exclaimed Nathanael. “Can anything good come from Nazareth?”

“Come and see for yourself,” Philip replied.

As they approached, Jesus said, “Now here is a genuine son of Israel—a man of complete integrity.”

“How do you know about me?” Nathanael asked.

Jesus replied, “I could see you under the fig tree before Philip found you.”

Then Nathanael exclaimed, “Rabbi, you are the Son of God—the King of Israel!”


Nathanael didn’t have the greatest start in this story, did he? When Philip told him about Jesus of Nazareth, he replied, “Can anything good come from Nazareth?” It’s hard for us to tell if this was a snarky comment or genuine skepticism that the Messiah could come from a tiny, disreputable town. Either way, it was not Nathanael’s best moment.

When Jesus met Nathanael, however, He had nothing but the highest praise for him. His first words were, “Now here is… a man of complete integrity.” In the face of Nathanael’s doubts, Jesus had displayed His divine power of omniscience. Nathanael asked how Jesus knew him, and Jesus replied, “I could see you under the fig tree before Philip found you.”

We don’t know what Nathanael was thinking by the fig tree. Perhaps he was praying, or asking God to give him a sign, or maybe even longing for the coming of the Messiah. In any case, Nathanael was totally blown away by this simple response from Jesus. A total stranger could see into his past and read his thoughts!

This amazing attribute of Jesus’ power enabled Him to know Nathanael’s true heart -- just as He knows each one of our hearts, good or bad. 1 Samuel 16:7 says, “The Lord doesn’t see things the way you see them. People judge by outward appearance, but the Lord looks at the heart.” Despite Nathanael’s dubious remark about Nazareth, Jesus knew him as a believer who worshipped God without the hypocrisy prevalent among the religious leaders in that day.

We can be encouraged that Jesus called Nathanael to a higher level of intimacy and discipleship, despite full knowledge of his skepticism or prejudices. Jesus’ display of omniscience may have been intended to meet this very weakness. We see a very similar interaction between Jesus and Thomas in John 20:24-28. Thomas was struggling with uncertainty concerning the resurrection, but Jesus knew his heart, and knowingly dispelled his doubts. It’s a beautiful example of His gracious understanding in the face of weakness.

In the same way, Jesus deals kindly with the doubts of those who seek him with integrity today. Hebrews 5:2 says, “He is able to deal gently with those who are ignorant or who are going astray…” Nathanael quickly accepted the grace-filled revelation from Jesus, and became one of the first to recognize Him as the Messiah.

2. Committed and effective Christians may not get much recognition.

Nathanael / Bartholomew was a faithful believer. Like the other disciples, he “dropped everything” and gave up his life and lifestyle to follow Jesus. But despite his faithful commitment, he got very little screen-time from the New Testament writers. They didn’t even get his name straight! Other disciples received more noteworthy opportunities and more recognition. Nathanael / Bartholomew didn’t get to walk on water. He wasn’t chosen to witness Jesus’ transfiguration. He didn’t get to accompany Jesus for the raising of Jairus’ daughter. In fact, if not for the strangely memorable name, “Bartholomew,” he might even be totally forgotten by most Christians (like some of the other unsung disciples we failed to recall a few minutes ago).

But in this short account, we read that Nathanael / Bartholomew received an outstanding commendation from the Master: he was “a man of complete integrity”! Some translations say he was “without deceit” or “without guile.” How many people could receive that kind of praise and acknowledgment from the Lord?

Well-documented tradition says that Bartholomew travelled extensively as a missionary, going as far as Armenia and India to share the good news of Jesus, and was ultimately martyred for his faith. Even though Scripture doesn’t give him much “credit,” he played an important role in furthering God’s kingdom on earth. Hebrews 6:10 says, “For God is not unjust. He will not forget how hard you have worked for him and how you have shown your love to Him...” Nathanael / Bartholomew is reaping the rewards for his faithful life and service in Heaven.

Do you ever feel like your dedication and service to God goes largely unnoticed? Do you feel that other people are getting “all the recognition,” maybe even for doing less Christian service than you do? Like the many unsung disciples in the Bible, you can be assured that your actions and service will not go unnoticed by God. 1 Corinthians 15:58 says, “Always give yourselves fully to the work of the Lord, because you know that your labor in the Lord is not in vain.”

You may feel unappreciated at times, but you can look forward to that moment when you see Jesus and hear the words, “Well done, good and faithful servant.”

Ron Reid is the son of Dave and Margie Reid. He has been involved full-time with Growing Christians Ministries since 1995, and took over as director in 2012. Ron and his wife, Erica, have two school-aged sons. He is also an active worship leader / guitarist, and a recording engineer for Christian music.
View all posts by Ron Reid →
Neither Hot nor Cold
Next Post