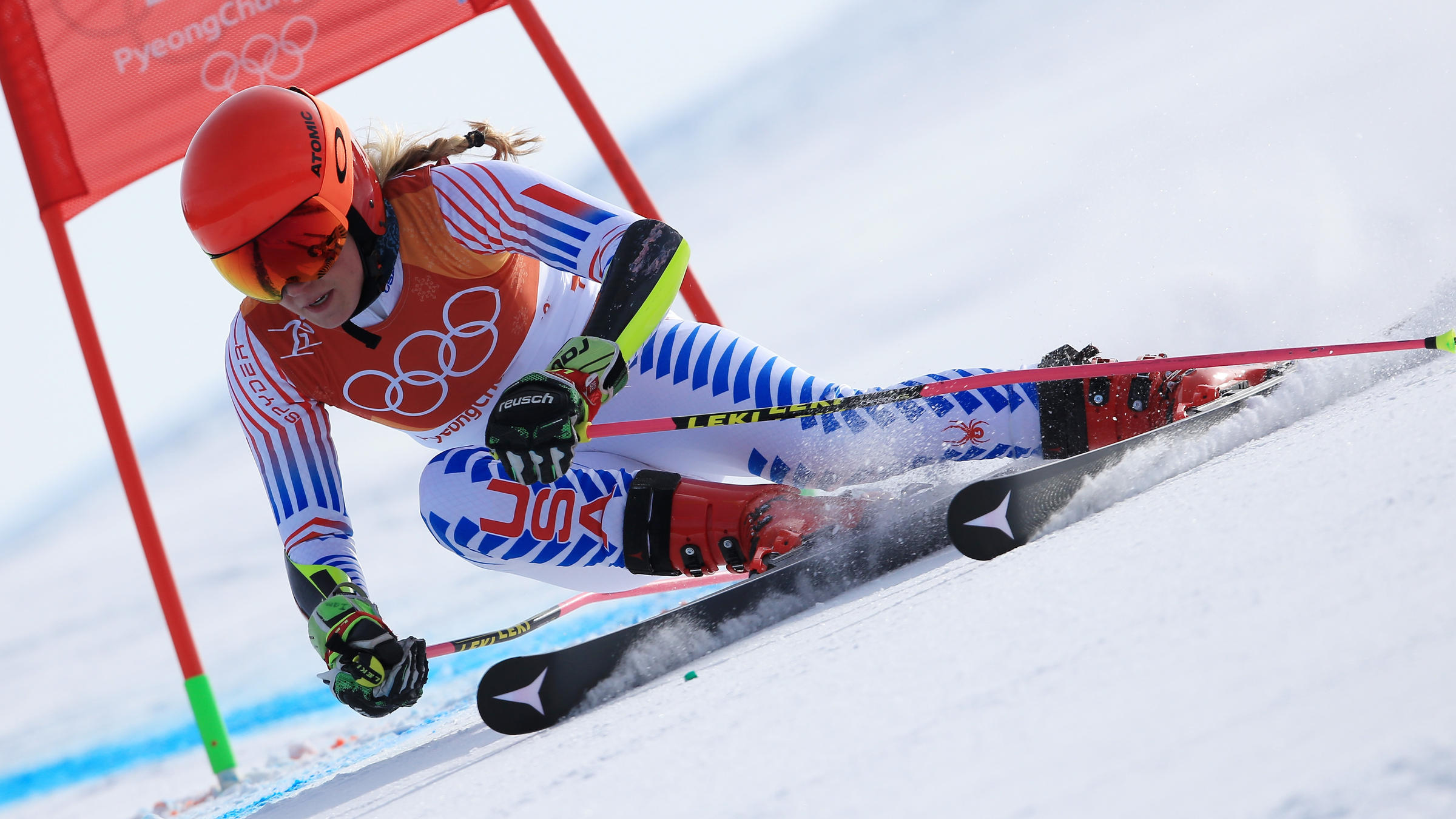 U.S. skier Mikaela Shiffrin won her second career gold medal and her first of the Pyeongchang Winter Olympics in the women’s giant slalom at the Yongpyong Alpine Center in South Korea

It’s been a fortnight of fascination… but I’ve seen enough twirling skaters with their triple whatevers and dizzying gyrations. I’ve had my fill of lycra-clad extremists hurtling through the winter air at speeds illegal for highway travel. I’ll be content without any more jumps, curls, laps or sleds of any kind until 2022. But maybe it’s just me.

For the past two weeks, close to 3,000 athletes in PyeongChang did what they do best. They weren’t satisfied merely qualifying for the games. They came to win gold. And let’s be honest, anything less than gold is a disappointment. It’s like coming in second at the Superbowl. No one remembers the team that lost. In fact, it hardly seems fair that just a couple inches or a tenth of a point often separates the “greatest in the world” from “…who?”

A few nights ago, as all the powers of the world converged to see who could do the most flips in a winter jacket, I wondered what God thinks about the Olympics. We probably get a good answer from the apostle Paul. I mean, if Paul were around today, I think his DVR would have been set to NBC every night. Paul liked athletics… and races… and he definitely had a “Go for gold” attitude. He repeatedly used these things as analogies for Christian living.

In 1 Corinthians 9:25 he wrote: “All athletes are disciplined in their training. They do it to win a prize that will fade away, but we do it for an eternal prize.”

At first glance it may seem like Paul was denouncing athletes for pursuing worldly accolades. But I think it’s actually more of a challenge to Christians based on his appreciation for elite athletes. He understood their intense dedication and drive to be the best. He saw them devote their lives to the sport, even if the rewards were fleeting.

With that in mind, here’s the challenge to us: how much more motivated should we be as Christians to give our best for God? Our efforts won’t be lost on a simple trophy or a brief moment of fame. Instead, we have a lifelong opportunity to earn eternal rewards in Heaven! As 1 Corinthians 9:24 says, we should always run to win!

Ron Reid is the son of Dave and Margie Reid. He has been involved full-time with Growing Christians Ministries since 1995, and took over as director in 2012. Ron and his wife, Erica, have two school-aged sons. He is also an active worship leader / guitarist, and a recording engineer for Christian music.
View all posts by Ron Reid →
Junk Mail in Heaven
If You Could be Anyone in the World…